The aim of the game is to complete a line: line up four consecutive squares of the same color, horizontally, vertically or diagonally.

To light up a square simply click on it!

The winner is the player who completes a line first.

If  no more moves are possible and no player has completed a line, then there is a tie or the game is void.

Each player has the possibility to perform color switches: turn off the oppponent’s color on a square to turn on his own instead. 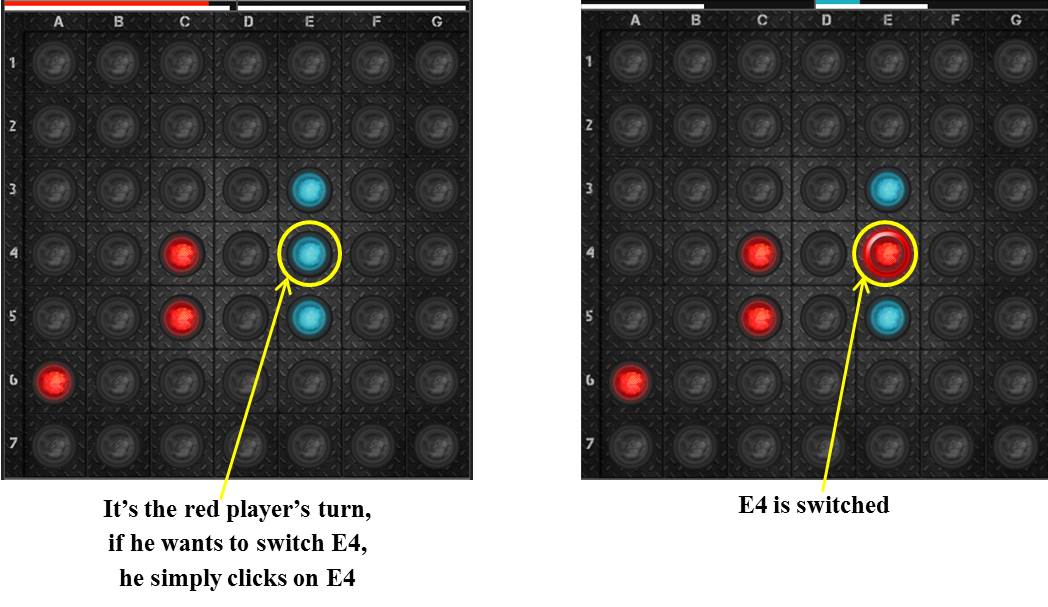 Color switches can be performed anywhere and anytime on the board.

You can only switch once on the same square.

Each player can perform blocking moves : with his own color already on a box, a player can make this box unswitchable, meaning the color can no longer be changed by the opponent. 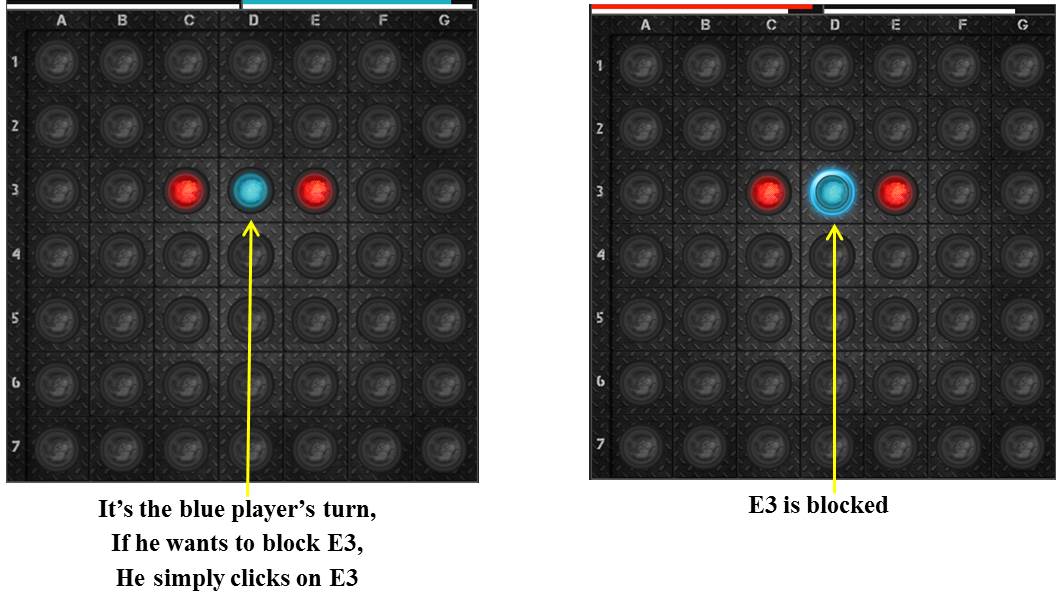 We can perform blocks anywhere and anytime on the board.

Each player has the right to one neutralization move: he can neutralize a square which has been switched or blocked by the opponent and thus render it unusable for both players. 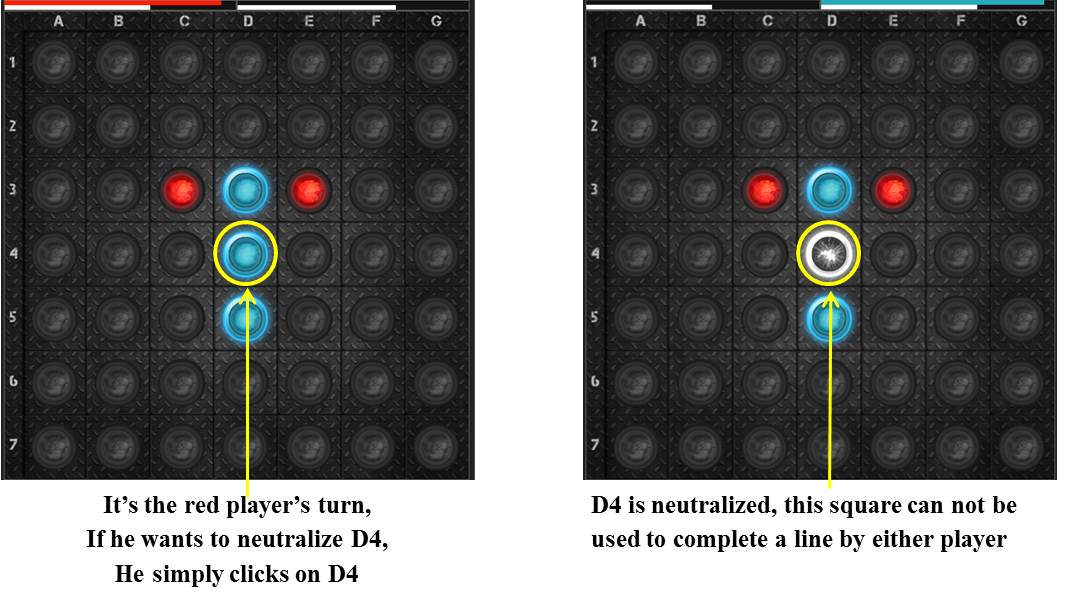 Each player has a maximum of 7 permutations and/or blocks per game and one single neutralization. 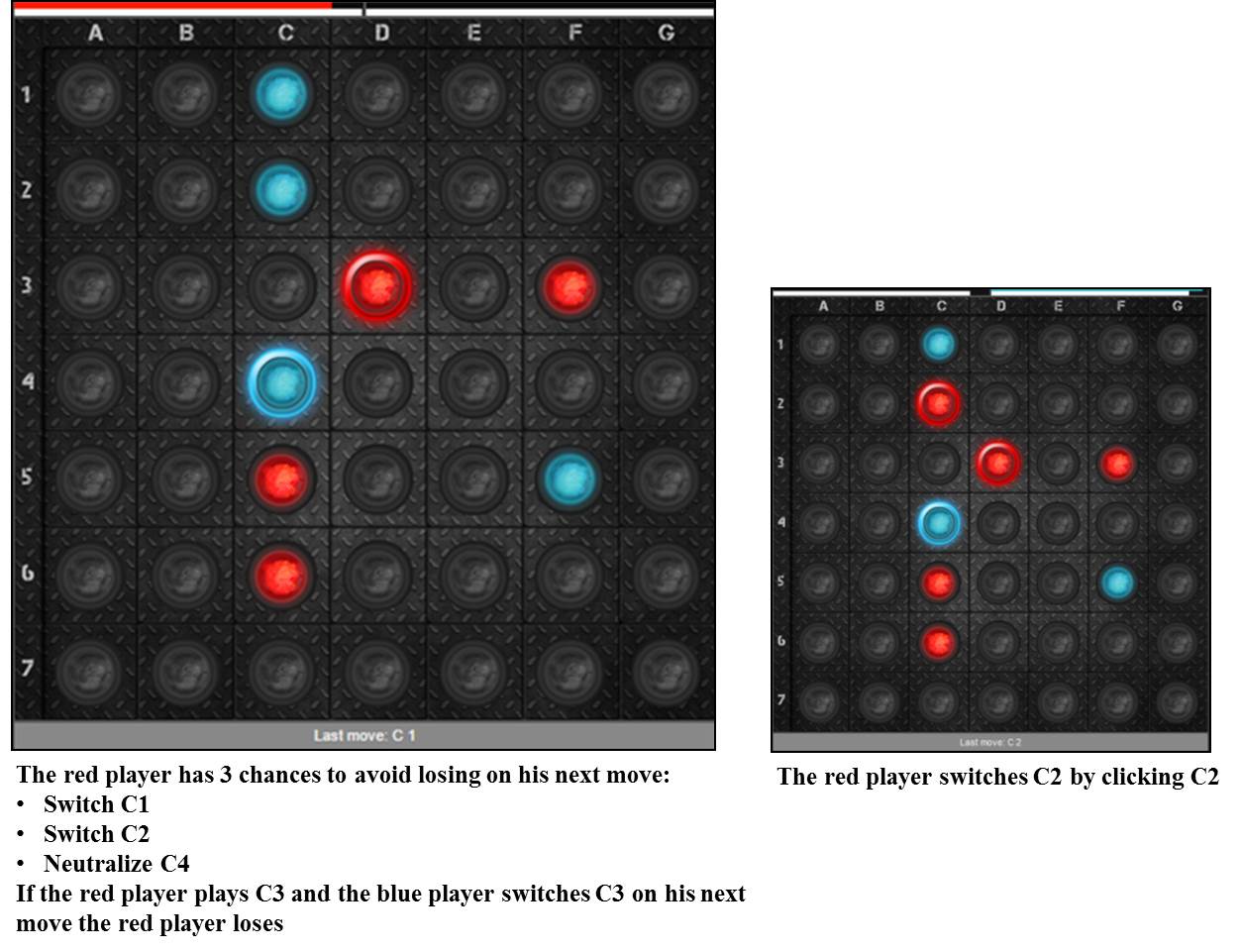 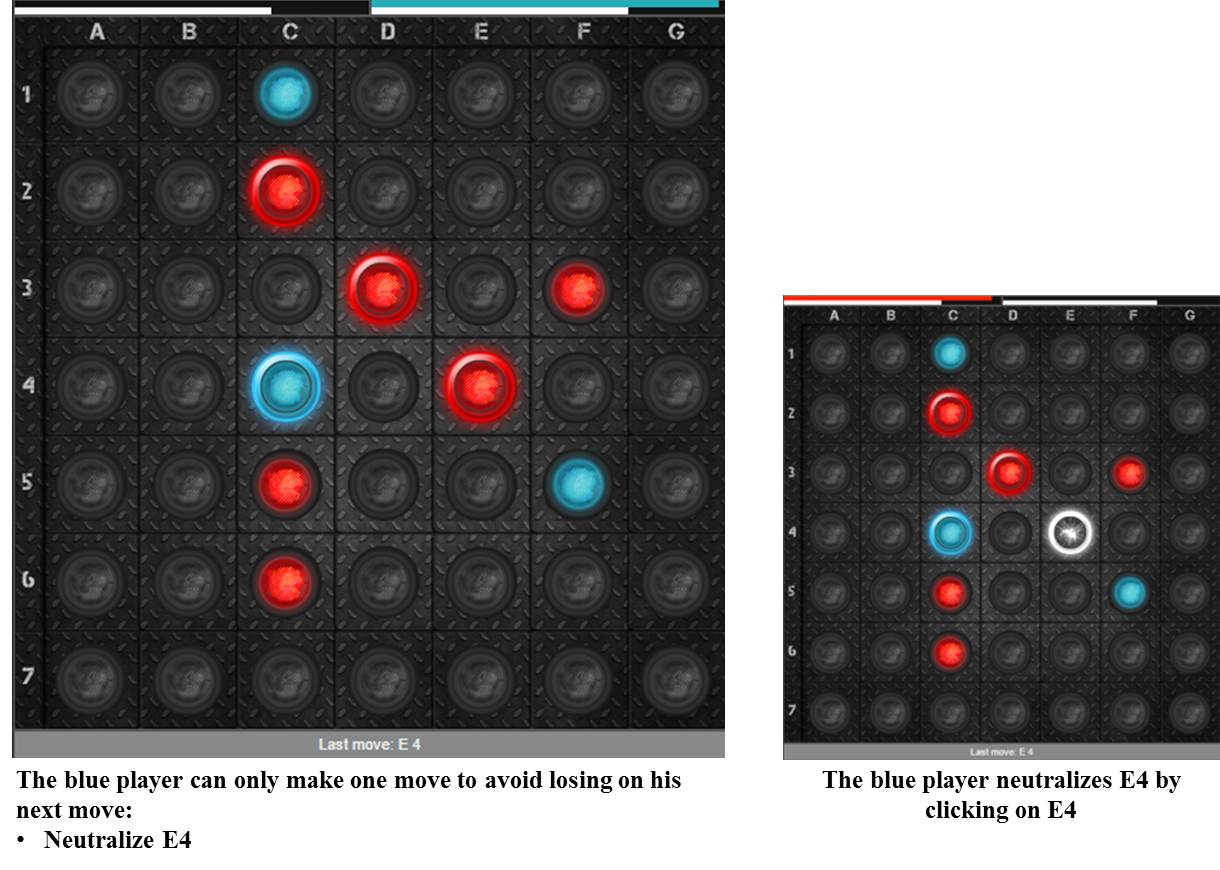 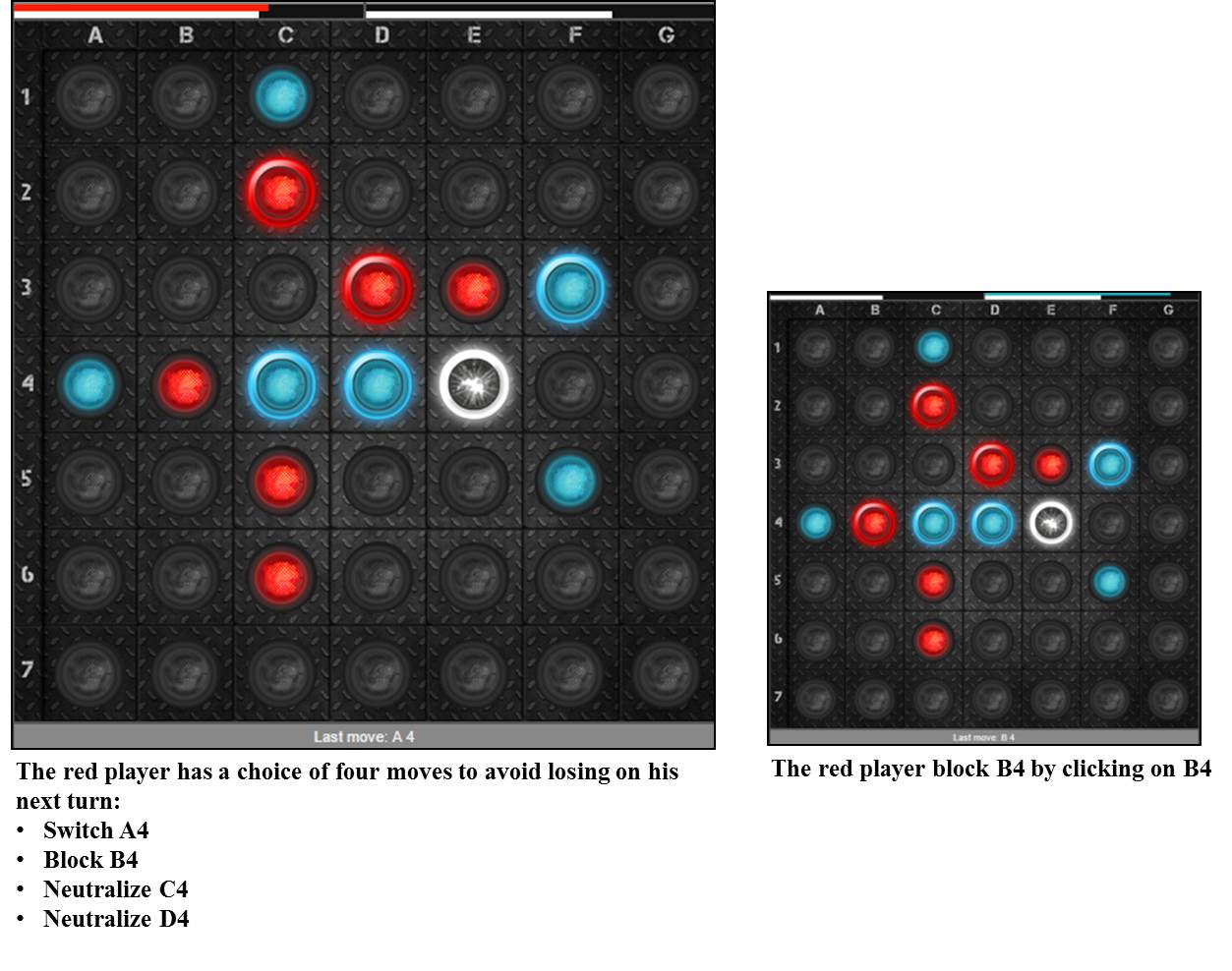 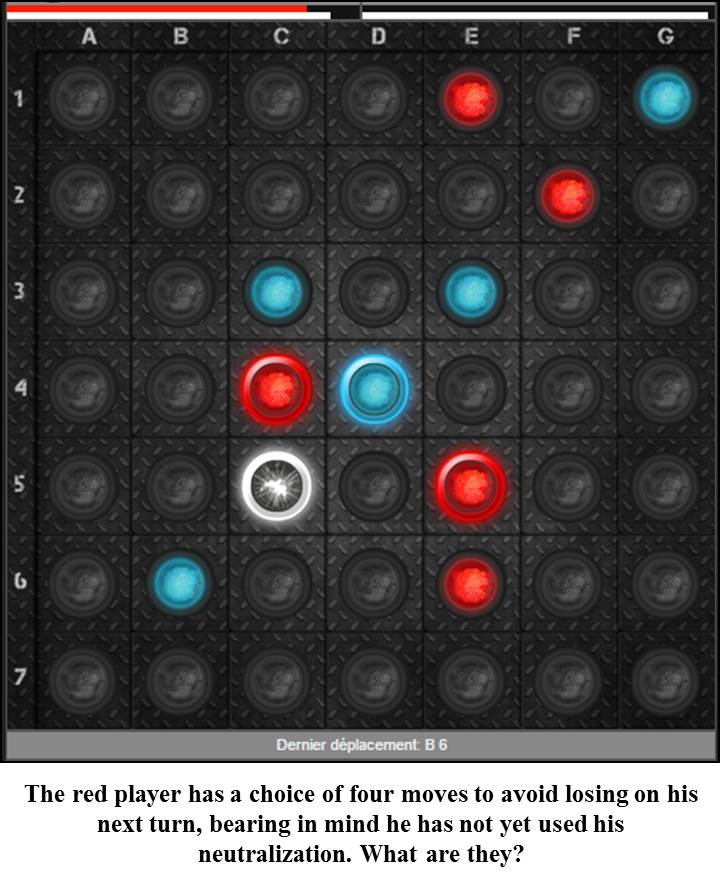 Each player has 15 minutes maximum per game, if a player exceeds this time limit he loses the game.

Each player has 2 minutes maximum to make a move and if he takes longer he loses that turn. 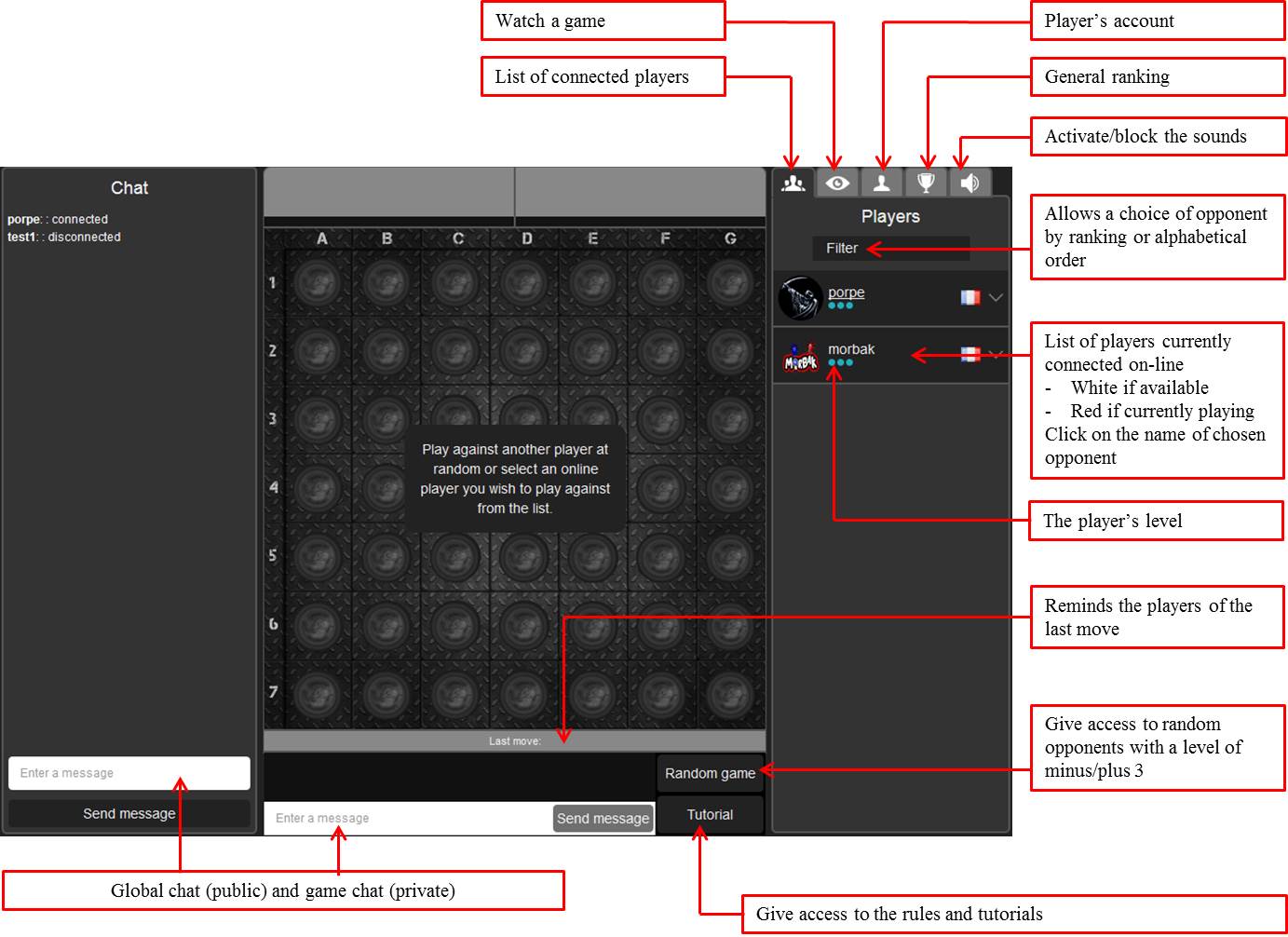